“Extraordinary Attorney Woo” is an ongoing K-Drama. It is also available on Netflix. The drama premiered on 29 June 2022 on ENA and the show’s rating has soared up to 9.6% rating with episode 6.

“Extraordinary Attorney Woo” tells the story of Woo YoungWoo, who is on the autism spectrum with genius IQ and became the first autistic lawyer in Korea. The drama takes on her journey about how she takes on different cases. The lead cast of the drama include: Park EunBin, Kang TaeOh and Kang KiYoung.

The drama also depicts how she tries to adjust to society. We were told that she was bullied in high school, and soon was saved by Dong GeuRaMi (Joo HyunYoung). The two became life-long friends, and it warms our hearts to see their relationship. YoungWoo feels safe with GeuRaMi and shares her concerns with her, and the same goes for GeuRaMi. The two literally define what friendship truly means. Here are moments to prove our point.

In episode 4, viewers were taken back in time and disclosed the origin of YoungWoo and GeuRaMi’s friendship. YoungWoo was bullied in high school, being called names and even pulled pranks. As mentioned in the drama, the students were fond of the game “I am sorry”, they would purposefully hurt her but cover it by mockingly apologizing to her. 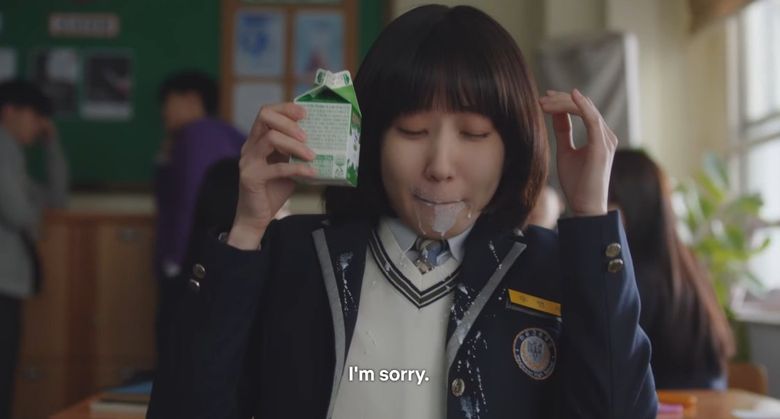 It was one day when some girls passed on a note to YoungWoo to ask the teacher where she got her eyes done. Poor YoungWoo was unaware that it would sound offensive and said it out loud. The teacher in return slapped her before the entire room. GeuRaMi saw what happened and stood up for YoungWoo. She slapped the girl’s head and also mockingly apologized.

YoungWoo then, the other day, waited outside for GeuRaMi to arrive and began to follow her in when she arrived. She then confessed that she felt safe around her and, because she had no friends, she offered to be one. And since then, the two became life-long friends. 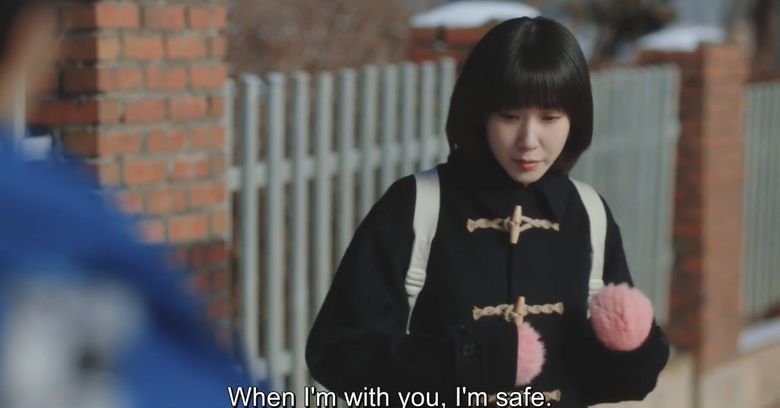 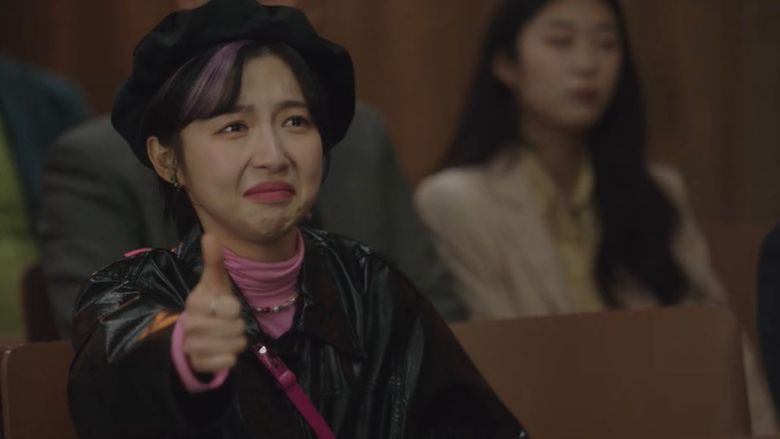 GeuRaMi has always been there to support YoungWoo, since the beginning. YoungWoo would feel free to lay her concerns and doubts before her and GeuRaMi helped her out. Like in the beginning, GeuRaMi helps YoungWoo say “Objection” with more assertion. As funny as the scene was, it was also heart touching how GeuRaMi tells her that all she has to do is be confident and have herself heard in court.

Later in episode 5, Woo YoungWoo had her doubts that her client was not telling the truth, yet she did not know how to decipher his words as being the truth or a lie. GeuRaMi tries to explain it to her as simply as she can, telling her to use her instincts like in the game ‘Cham Cham Cham’. She tells how one can tell if they are lying by looking in their eyes, but that is hard for someone with autism, so GeuRaMi encourages her to look in between the eyebrows then.

GeuRaMi usually comes to see YoungWoo on court and gives her full support to GeuRaMi, which makes us love the duo even more.

Whilst its certain that GeuRaMi is YoungWoo’s protector, YoungWoo will also give her all for GeuRaMi. By the end of episode 3, YoungWoo begins doubting herself as an attorney, so she submits her resignation. In episode 4, GeuRaMi stops by the kimbap shop owned by YoungWoo’s father, Woo GwangHo (Jeon BaeSu). She explains how her father was scammed by her uncles into dividing the land her grandfather gifted to GeuRaMi’s father, Dong DongSam (Jung SukYoung).

Though she does not immediately take her case, she visits GeuRaMi’s parents to look over the matter before sending GeuRaMi to Attorney MyeongSeok (Kang KiHyun). When MyeongSeok insists that YoungWoo should come back and take the case, she does so. YoungWoo gives her all into the case and fights bravely. Even when the other attorney tried to attack her she answered back. 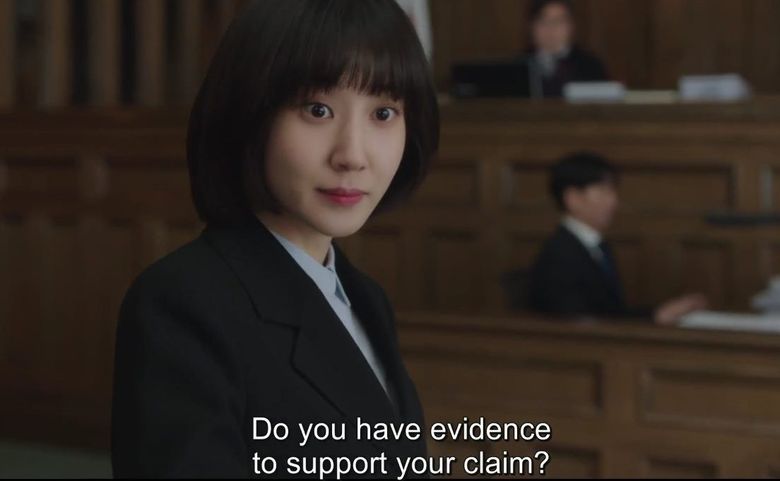 In episode 4, when GeuRaMi visits the firm for her case, she does not find Attorney MyeongSeok, so YoungWoo tells her to go to JunHo and he will assist her. As soon as GeuRaMi introduces herself as YoungWoo’s friend, JunHo begins pouring questions about YoungWoo’s well being. And even after seeing JunHo interact with YoungWoo, GeuRaMi catches on JunHo’s growing affection towards YoungWoo instantly.

When JunHo accompanies the two to GeuRaMi’s parents’ house to obtain more information about the case, GeuRaMi chooses to stay behind and tells JunHo that she will give them space. She advices him to take YoungWoo off to see the sunset. 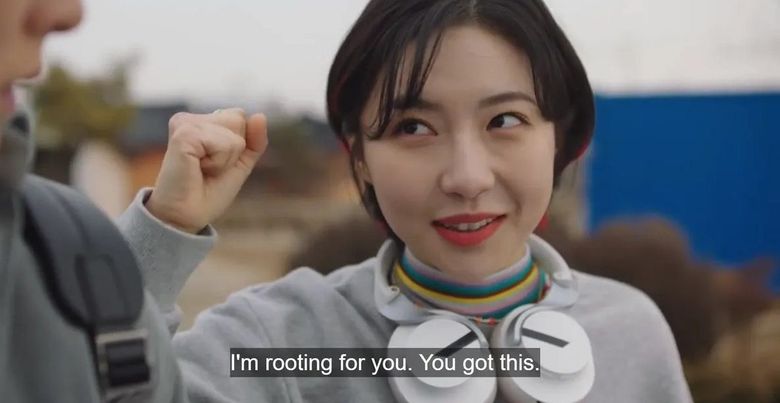 In episode 5, when GeuRaMi was helping YoungWoo practice how to catch a lie, she tells her that JunHo liked her. Even though YoungWoo refuses, GeuRaMi still firmly believes it. One thing we do know is that GeuRaMi is a staunch supporter of YoungWoo and JunHo, just like us all.

YoungWoo and GeuRaMi have brought us heart-warming scenes and totally achieved all our friendship goals. What is your favorite moment between GeuRaMi and YoungWoo?

What was the last lie you told?

YENA surprises with a Y2K themed poster ahead of comeback! ⋆ The latest kpop news and music

We will be happy to hear your thoughts

“koreamade is a participant in the Amazon Services LLC Associates Program, an affiliate advertising program designed to provide a means for sites to earn advertising fees by advertising and linking to Amazon.com“

As an Amazon Associate, we may earn commissions from qualifying purchases from Amazon.com. You can learn more about our editorial and affiliate policy